Discover the Botanical Garden at Pamplemousse 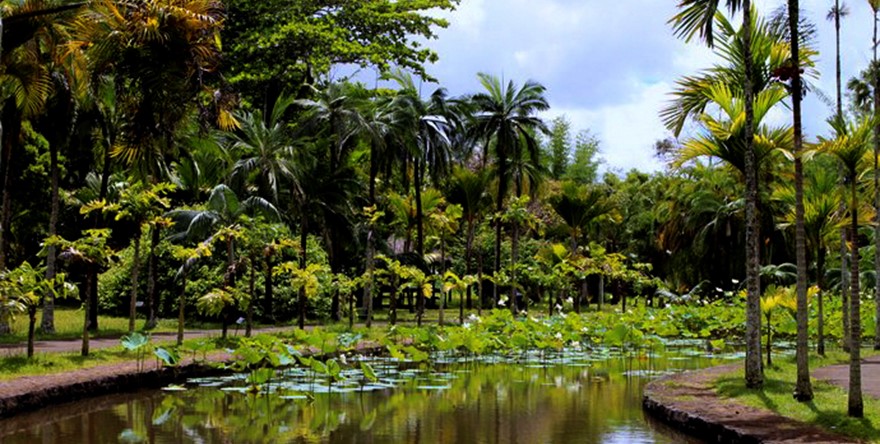 Pamplemousse Garden, north of Port Louis, is covering an area of 37 hectares. This tropical botanical garden displays numerous species from the 4 corners of the world .

In 1770, Pierre Poivre , steward of the Isle of France, which was the name of Mauritius back then, bought the property Mon Plaisir de La Bourdonnais , where he created the current Pamplemousse garden, introducing plant species from all over the world.

To  nutmeg and clove , he added camphor, laurel , and other trees and spices from the Caribbean, India, Africa, China ... constantly enriching his collections  and  developing the garden further. After its acquisition by the king of France , the garden was continuously embellished by other botanists who continued the work of Pierre Poivre , making the site the reputable place it is today.

Pamplemousse Garden, known around the world, is visited by the most famous people such as François Mitterrand, Nelson Mandela or Indira Gandhi , some of whom have left their mark by planting a tree.

In this fantastic setting, you can even discover an enclosure with giant tortoises and Java deer, which adds to the Pamplemousse gardens’ attractions and its magical atmosphere.